Since 1976, Marin County Women Lawyers has been dedicated to advancing women in the legal profession.

MCWL was founded in the year of our countries’ Bicentennial. In 1976, the country celebrated the 200th anniversary of the adoption of the Declaration of Independence. Contemporaneously, in the spirit of independence, our founder, Lois Prentice, gathered a group of 19 women and established the predecessor to MCWL, North Bay Women Lawyers (founded in 1976). This organization symbolized the very essence of the independence of women in Marin and the greater Bay Area, as well as their dedication to the rights of women in the legal profession. By 1986, the counties of Marin, Napa, Sonoma, Mendocino and Solano had achieved sufficient growth that independent organizations were sustainable.

Although the organization changed its name to Marin County Women Lawyers, it did not change its mission. Today, more than ever, we are committed to supporting and advancing women in the legal profession and legal system, and the rights of women more generally. 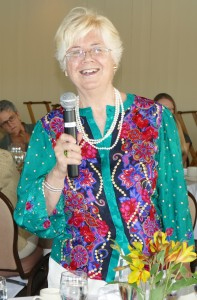